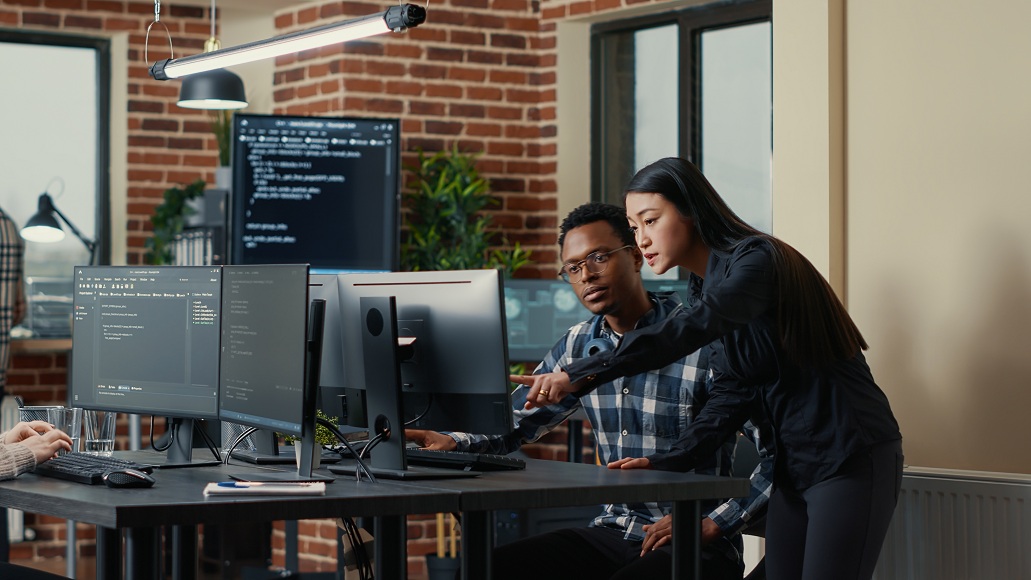 Software developers tend to be those of us who want to learn more about new technologies and create solutions to users’ challenges. If you are planning a career in software development, you will learn the essential programming languages that go with it. The most popular and useful languages are based on:

The most universally used programming languages for all general applications include:

You will encounter other languages depending on the products and companies you will work for. Earning an associate degree will prepare you with the essentials for developing software in several different industries.

Software developers use different programming languages for different business and personal use applications. Their work consists of designing and writing code for:

Software developers design and write code for system programming, application programming, and embedded software. To be successful in this career, you should possess analytical capabilities, creativity, and problem-solving skills. Good communication skills are necessary to explain projects to co-workers and other staff.

Learning a new coding language is a great way to advance a programming career. There is no better time to do this than now. The following four languages are commonly used by beginners as well as more advanced programmers.

JavaScript is the most commonly used coding language in the world. It is used to manage the enormous amount of web pages by organizations large and small. It is also used because:

Python comes in second on our list of most useful programming languages for software developers. It is perfect for beginners and experienced coders as well. You can use several different programming styles with this general-purpose language when developing programs.

Python is now the second-most demanded language for hiring managers in the Americas. Some amazing platforms and digital tools were created with Python, including:

This language is typically used for data science, back-end development, and app development. Another benefit of Python is its library that supports common tasks and commands. Users can test code as they write which saves a lot of time.

Students learn C++ to create high-performance applications because it is a cross-platform language. Developers like it because it gives them a high level of control over memory and system resources in a wide range of projects. The reasons to use this language are many:

C++ gives users a clear structure to programs and also lets them reuse the code. Companies like this concept because it helps lower development costs.

Scalable language, or Scala, is an object-oriented programming language with these features:

Scala’s popularity and usage are on the rise worldwide because it is fast and efficient. It has the advantage of running on the Java Virtual Machine (JVM). This is important because both Java and Scala stacks can be seamlessly integrated.

These four programming languages are vital players in today’s software development world. There are others you will encounter in your career while these four are essential for those hired in entry-level jobs. ITI Technical College offers a strong program in Information Technology (AOS). Contact us today.