A generation ago information technology was just catching on worldwide, while now it’s a daily must for personal and business use. How would you answer the question, “Is the U.S. behind other countries in the use of and developments in information technology?” Let’s delve into this matter in several sectors to find an accurate answer.

The U.S. is considered the most innovative country in IT in North and Central America and sixth worldwide. For technology expertise, the U.S. is ranked fourth worldwide. Although America and Americans are knowledgeable and capable, we have a long way to go. There are some cultural, economic, political, and intellectual reasons we are in strong competition with other counties in the world of information technology.

Each of these country’s unique characteristics makes it a world leader in high technological expertise. Their citizens typically have a strong ethic that helps propel them forward in world economic leadership.

The reasons for such innovative thinking and achievement are based on several factors:

All these achievements make America a strongly competitive technology innovator.

“The U.S. is considered the most innovative country in IT in North and Central America and sixth worldwide. For technology expertise, the U.S. is ranked fourth worldwide.”

Some Countries Are Better at Science

This concept doesn’t have to be the United States because other countries are making significant strides in technology. Nations with strong scientific know-how build their networks and can link science and business to great success.

Where We Are Falling Behind 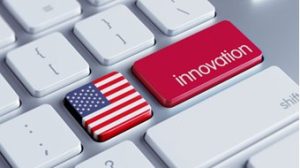 One area where the U.S. is falling behind is in developing clean energy and air technologies. This is not good news for our health and the conservation of natural resources. Our school systems seem to be falling behind in teaching math and science. These two areas are critical in improving information technology and other technologies. Our federal government is another area that needs IT strengthening compared to many other countries. Some people are afraid that U.S. tech is at risk of falling behind which threatens our global interests.

Where Do We Go From Here?

The U.S. must continue to be an innovation leader to stay competitive in the international marketplace. As citizens and organizations, we must become more astute in information technology expertise. The future of our economy and nation depends on strengthening our weaknesses.