Cyber security isn’t a joke anymore, it’s a real problem that needs to be addressed. In the early days of the internet, before the real rise of the Digital Age, hard-copies were preferred over digital, and the prevalence of hacking was still minimal. Those days are long since gone, but it seems plenty of companies, financial institutions, and even the United States government are still living in a dreamland of simpler times. Let’s take a look at four real world examples of failures in cyber security.

An Alarming Trend In The U.S. Government 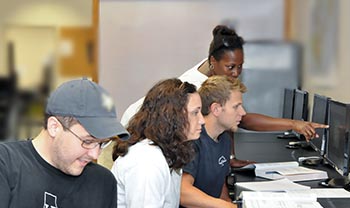 The United States has an alarming information systems security problem that many people don’t realize. Given the frequency with which various government organizations are hacked, it is quite possible the government doesn’t even know they have a problem. In 2012 alone, government computers were breached, and confidential information was stolen and released, more than 6 times.

One particular blunder that stands out among all the rest in the past decade occurred in the summer of 2015. Not only was it a failure on the part of the systems technicians, but the breach was initially underestimated. It went undetected that 21.5 million people had been put at risk thanks to the theft of a literal treasure trove of personal information that included Social Security numbers and even some fingerprints. This particular series of attacks was believed to originate in China and was stated as the largest cyber attack into the systems of the United States government. Michael Daniel, White House cybersecurity coordinator stated after that this called for both the private and public sector to increase security measures, and he was absolutely right.

In 2014, Sony Pictures was set to release a movie that was controversial from the day they green-lit production – The Interview. Back in the early days of motion picture entertainment, secrets could die in soundproof rooms and there was no internet trail to follow down the rabbit hole into the deep, dark depths. That doesn’t hold true anymore, and on the morning of November 24th, 2015, studio executive Amy Pascal arrived in her office to find her computer had been hacked. The screen was taken over and displayed an image overlayed with the words, “We’ve obtained all your internal data including your secrets and top secrets. If you don’t obey us, we’ll release data shown below to the world.” The “data” below consisted of five links that held all of the internal records for Sony Pictures.

It wasn’t just her computer, though. Every computer connected to the network worldwide went down that day with the same on-screen message. The hackers, Guardians of Peace, attacked the studio because of the movie The Interview, which mocked North Korean leader Kim Jong Un. Sony was in chaos, as insiders described it, and the mess wasn’t cleaned up in any sort of expeditious manner. In the end, it led to the studio executive, Amy Pascal, resigning for a failure that did not rest solely on her.

This Data Leak Is Bananas

Back in April of this year, many might remember John Oliver addressing the Panama financial data leak on his show. This data leak linked 12 world leaders and 60 relatives of world leaders to shady, illegal financial activities including secret off-shore companies and massive money-laundering rings. It’s too early to tell what kind of long-term effects this information will have on the political careers of those involved, but it is sure to be a big one. 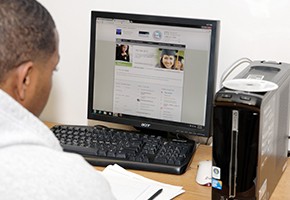 Yahoo has, once again, been hacked. It’s so common for Yahoo email to be attacked that it’s hardly even newsworthy anymore. Just days ago on May 5th, 272.3 million stolen email accounts from several providers, including Yahoo, were discovered. This stash of information is considered the largest discovered since one that was found two years ago containing bank and retailer information. It is unknown when this information was even gathered at this early point in the discovery. Most of the data uncovered was from Russia’s most-used email provider, Mail.ru, but this may not even be all of the stockpiled information.

The need for information technology security officers to help maintain the safeguards that protect digital information is only growing. Take the field with Computer & Information security Technology Training from ITI College. With each new report of cyber security breaches, the desperate need becomes clearer and we at ITI are ready to help train you to face the challenges presented in the cyber security field.