According to statistics from one of the world’s leading internet security companies, there were more than half a billion data breaches in 2015 that resulted in the theft or loss of personal information. The same company found that more than 75% of websites feature critical vulnerabilities that could easily be exploited by malicious parties. What these figures tell us is that security should be a major concern in the digital age, and anybody studying at an information systems security school will be well placed to face the future challenges of cyber threats in the United States and around the world.

If you’re interested in information security classes, then you’re going to be learning about the data breaches and potential threats that exist. When you begin your studies, you will learn about some of the most common attacks made on computer systems, and a distributed denial of service attack (DDoS) will be one of the first ones that you look at.

What is a DDoS Attack?

A DDoS attack is a relatively unsophisticated attack where a malicious party attempts to disrupt or completely incapacitate a network or internet resources. This could mean that an attacker stops a website from functioning, or they could even attempt to go for specific critical services such as payment gateways, email servers, file servers, or other resources.

The attacks can be described as ‘flooding’ a resource. The unrelenting flood of requests sent from the attacker will work to overload the available resources on a targeted server. The result is that the server is no longer able to service legitimate requests, and in some cases the server may shut down.

Attacks are not made from a single machine or network resource, but instead come from multiple machines (sometimes numbering in the hundreds or thousands), making it notoriously difficult to isolate the originating attacker. Disruptive packets can be targeted at HTTP, cross site scripting, or may come in the form of SQL statements. 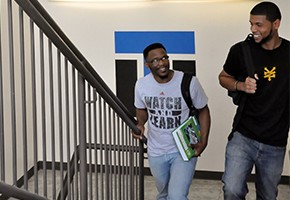 There are a number of strategies that can be used to prevent malicious traffic from reaching a website or other resource. Because DoS attacks are distributed across many unique IP addresses and ISPs, simple blacklisting is ineffective. One of the most important ways that modern businesses protect their online resources is with specialized hardware.

An application front-end can be used and implemented in the network layer before webservers, and this type of hardware will analyze traffic to identify DDoS attacks before they reach their target. In this way, legitimate data can be prioritized, while malicious packets can be dropped. A similar process can be achieved through software, which is known as upstream filtering.

You will learn in your information security classes that upstream filtering is a complex process where incoming traffic is passed through a number of channels before reaching a server. Proxies and tunnels can be used, and if the system is designed correctly, only legitimate traffic will be handed over to the web server at the end of the filtering process.

Develop The Skills to Serve a Growing Need

Information technology security certification will provide you with the knowledge and skills that you need to begin a rewarding career in IT. Security experts are some of the highest paid professionals in the tech industry, and there is a growing and continuous need for their presence. If you want to ensure that you’re ready for the challenges of today and the future, then you’ll need the right training to get you there.

ITI Technical College in Louisiana offers IT training that is focused on the real needs and demands of industries across America. Contact us today for enrolment details, and we’ll help you to find the right course of study that will allow you to meet your goals in IT.