If you’re thinking of entering our School of Drafting and Design then there’s a good chance you’ve heard of ‘Autocad’ at some point. If you’ve done any research, then you’ve probably also heard that it’s a bit expensive and there are many other alternatives out there. Okay, it’s true, Autocad isn’t the only drafting program available, and the same goes for all of the other products that Autodesk has to offer. For example you have 3DS Max which is a very popular Autodesk program for 3D Modeling and design. No, it’s not a CAD program, but it’s a great example of what the company has to offer. 3DS Max has spawned many variations including a freebie version called GMAX a few years back which was geared specifically toward gaming.

As time went by many other 3D programs emerged like Blender and Truspace, with Truspace being much more object oriented and user friendly. The fact is, however, that most people ended up going back to 3DS Max, even if they’d stuck with Maya or Blender for a few months or even a few years. The same holds true for Autocad, but why? 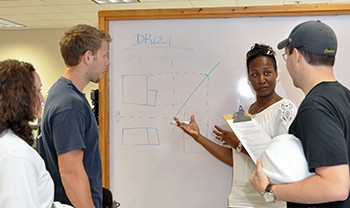 Autocad has been around for a while, and when we say ‘a while’, we mean it was created in 1982 after being derived from an even older program from 1979 known as ‘InteractCAD’. Actually, in the early days it was referred to as MicroCad and simply evolved from there. Comdex released the first version in 1982 and today, the 30th release now exists for Windows.

The reason people tend to trust Autodesk and Autocad so much is pretty simple: experience. The product has been around for decades and when it comes right down to it, it just works. If you’re an avid computer user there is a good chance you’ve used a fair amount of word processing programs and you might have even ventured off into the ‘free’ territory at some point. You probably found that the ‘free’ territory isn’t quite as promising as it seems, and you likely went right back to the more promising software applications. It’s not the same with every company, and there are definitely great alternatives to every software package out there, but you should note that there are subtle differences that can change entire outcomes, especially in the architectural industry.

We’re dealing a very delicate industry when it comes to computer aided drafting, to say the least, and with that being the case, most people will prefer to stick with the tried and true method. As a point of interest, AutoCAD uses the .dwg format like any other program out there, and it also uses DXF which is the propriety standard in the CAD industry. That being the case, it is capable of supporting file formats from virtually every other CAD program out there. In other words, if someone were to bring you a file created in another program, it could be opened in Autocad, making this one of the best choices you could possibly make for your business. 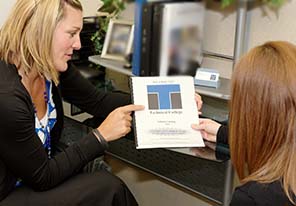 The drafting school programs all over the world have been affected significantly by the changes to the drafting and engineering industry over the years, and AutoCad has been at the forefront of innovation. Like we said, there are certainly other programs out there and some of them stack up, but when you’re building a house or especially a commercial building, you want to stick with the tried and true method, which is precisely what AutoCad represents. That being said, it should be no surprise that you’ll be learning all about it in our program.

As far as outside the classroom is concerned, Autocad is available in a number of different forms and packages. The LT version for example offers a more affordable solution for businesses than the full version, and all three Autocad versions are available as subscription programs to offset the cost. The drafting world has definitely changed over the years, and as it becomes more efficient, Autocad remains at the forefront.

For more information about graduation rates, the median debt of students who completed the program, and other important information, please visit our website: https://iticollege.edu/disclosures.htm