Technology isn’t a static affair; it changes every single year with new developments and concept, so here’s the question: how will information technology training change in the year 2017? The simple answer would be: a lot, but casting sarcasm aside for a moment, let’s talk a bit about the potential upcoming changes and what they might mean for you as you head out on your educational journey.

As we dive headfirst into the year 2017 we can expect to see the development of several different technologies, and we’re going to cover just a few of them that might be included in your information technology training classes.

Artificial intelligence is no longer a plot device used in science fiction stories; several technologies are currently being developed, ultimately resulting in systems that can learn, understand, predict, and even operate autonomously, if you can believe that. We’re not quite to true artificial intelligence yet, but we’re getting there, and it’s going to be an important part of learning, especially in the information technology field.

Don’t worry, we don’t think the Cylons (Battlestar Galactica) are going to attack anytime soon, but intelligent ‘things’ will begin to emerge, like robots, drones, and even autonomous vehicles. Actually, Uber is working on an autonomous vehicle right now, and rumor has it, that it just made a beer delivery. That’s serious business if we ever heard it.

Its’ a Digital World

The digital world is becoming more and more of a reality with each passing day. Data is moving to the cloud and companies are conducting more and more of their business online. Things have definitely changed, and it should be no surprise to anyone. As part of your information technology training, you will be learning to work with the technologies that serve to power the cloud and other digital aspects of our new world. 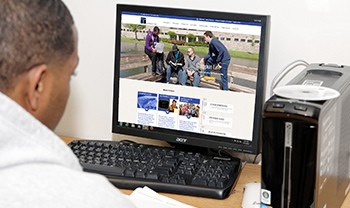 VR and AR are becoming more and more prevalent in today’s world, though they are two very different things. VR, or virtual reality, is a technology that allows a user to become completely immersed in the digital world. A headset, for example, can allow the individual to take part in an immersive video game or even commence a video chat with an individual as if they are in the same room – that’s pretty cool!

Augmented Reality, or AR, on the other hand, can bring digital elements into the real world. An outstanding example, right now, would be Pokemon Go which uses real world locations as hotspots for the game while allowing the player to see creatures in-game through the lens of their smartphone camera.

What we have listed here are just a few of the technologies that are going to be available to consumers and corporate entities as 2017 moves forward, and it’s difficult to tell where the developments might lead to. The one thing that is for certain, right now, and definitely in the future, is that you’re going to need the training to take advantage of these fields and to make your mark. Now would be a great tome to enroll yourself in our program so that you can get a head start on the competition and begin to build a lucrative career. The industry is changing and you need to get onboard with it – don’t get left behind with obsolete knowledge and technology!

For more information about graduation rates, the median debt of students who completed the program, and other important information, please visit our website: https://iticollege.edu/disclosures.htm